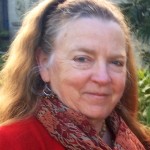 Karen Mead has lived in Santa Barbara for most of the time since the early 1970s where she has participated in a number of professional and community activities.. Her longest-standing affiliation has been with Jang’s Karate Center. In 1994 she received her PhD from UCSB and taught Latin American and Women’s History at Washington University in St. Louis and Loyola Marymount University before returning to Santa Barbara. Since 2001 she has worked for the University of California’s Education Abroad Progam, an organization that sends UC students from all ten campuses to universities in over 40 countries. She is Director of programs in Spain and Latin America, and travels frequently to those countries. 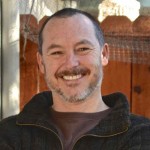 Masen Yaffee founded NDIC in 1994 to assist companies in building their businesses through the Internet. He has taught classes for UCSB Extension, Apple Computer, Adobe Systems and Women’s Economic Ventures. He provides instruction and consultation for individuals and businesses in all aspects of web site creation and development including strategy, planning, implementation, marketing, and business development.

Craig S. Bassin brings an extensive career in emerging technology software companies, as well as a serial entrepreneurial spirit to EasyAsk.  Craig choreographed the acquisition of EasyAsk in 2009, taking the company private and re-launched the worlds most flexible Natural Language ecommerce solution as a cloud offering, guiding the company as CEO.

Previously, Craig became Founder & CEO at B2Systems in 1995, driving a leveraged buyout of a $30 million acquisition, taking the company private, resulting in a technology acquisition by Novell Corporation and generating a 20X return on investment.

In 2003 he orchestrated the acquisition of Callixa, the world’s fastest data integration technology, culminating in a company sale to SAP Corporation in 2005.

Craig was VP & Partner for many years at GenevaGroup International, a boutique retained search firm, helping to build the management teams for some of the world’s most successful software companies such as Oracle Corporation, Siebel Systems, Business Objects, Forte Software, Ingres Corporation, GoldenGate Software, Interleaf, Gupta Corporation, Callwave, Gomez and many others.

Directly prior to joining GGI, Craig was the first Director of National Accounts at Oracle Corporation, as well as the top sales manager at Ingres Corporation.  His technical foundation is built upon a Computer Science major at Michigan State University, 1975. 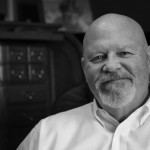 Peter Lyman is the founder of the Peter Lyman Insurance Agency. With decades of experience in the insurance industry, he is licensed in the areas of property and casualty, commercial, business, life, health, disability and annuities. His boutique agency was founded with an emphasis on individual service to each and every client and prospect.

Currently, Peter serves as an active member in both the Santa Barbara and Goleta Chambers of Commerce.  He is also a long-standing member of the Benefits Marketing Association, the first exclusively global e-commerce focused insurance trade assoication, as well as an active member of NAIFA and NAHU since 1985 and the Santa Barbara Association of Life and Health Underwriters. 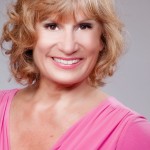 Teri has over 28 years teaching and empowering women, teens, children and families through her Self Defense Programs. She is a 6th degree Black Belt (Master Instructor) in the Korean Marial Art of Soo Bahk Do Moo Duk Kwan where she has been a practitioner for 31 years.

With her martial art background and her life’s experiences, she is able to tap into her abilities to maximize power, while project confidence with a “Peaceful Warrior” presence. Building on the abilities and strengths of the women, teens and children to help them feel more empowered to live life more fully without the confines of fear or feelings of helplessness.

Teri has been a volunteer instructor at the Braille Institute and has worked with the Boys & Girls Clubs of Ventura, Santa Barbara, and Carpinteria to provide Safety and Self Defense empowerment. She is also regularly called out to the University of California at Santa Barbara as a Safety and Empowerment Consultant for the sororities, dorms and other student organizations on campus (she is also a UCSB alumni – go Gauchos!)

Teri believes that “empowerment in all areas of life will be enhanced from mental, physical and spiritual understanding of how capable and powerful we are! These Self Defense Workshops can open up doors to your strength that will be everlasting!” 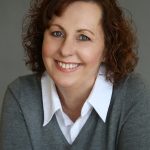 Maryann Spradley has lived in Santa Barbara since graduating from Westmont College in 1986.  Other than a few years spent in San Luis Obispo for the MBA Program at Cal Poly, she has enjoyed the climate and people of this community.  Her work career includes banking, commercial lines insurance and software design and development until she made the commitment in 2000 to stay home with her children. Now that she has more time of her own, she is working with the Santa Barbara Chapter of NAWBO and beginning to pursue her passion for helping Senior Citizens and others with individual challenges. She is very excited to see all the positive results that Coastal Self Defense Academy will accomplish.

Taylor came to CSDA through his experience at The Braille Institute.